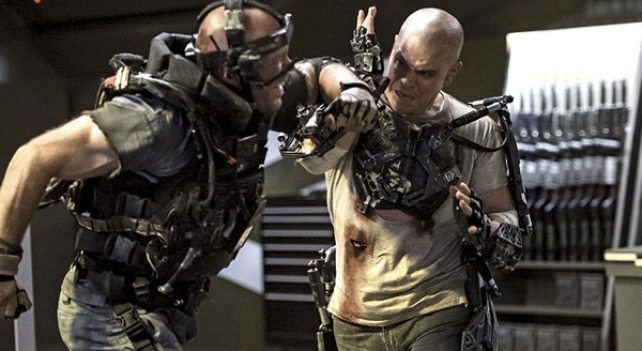 The early reviews for Elysium are already out and being established as the narrative for what we’re supposed to think about this movie (too honest?)

So I took the liberty of gathering soundbites from these reviews and giving you the translations you didn’t even know you wanted. Let’s begin.

And yet for all the accomplished direction, fine performances from the entire cast (though the villains do veer toward one-dimensionality) and the successful landing of a very ambitious story, Blomkamp stumbles in the basic structural work of the screenplay. -Kevin Jagernauth (The Playlist)

Translation: It gets boring sometimes.

Translation: It’s not as good as District 9, but you probably won’t care.

The purity afforded Max, in stark contrast to the cartoonish evilness represented by Fichtner, Copley, and Foster, dulls the force of Blomkamp’s inventive set pieces and gadgetry, which are at the heart of his undeniable talents. -Chris Cabin (Slant Magazine)

Translation: The main character is boring unless he’s blowing stuff up.

Frankly, “Elysium” is a bit of a liberal’s wet dream… -William Goss (Film.com)

Translation: Elysium is a bit of a liberal’s wet dream.

All the interest and goodwill built up by the sharply conceived preliminaries is washed away in a succession of scenes that feel crushingly routine and generic, not to mention guided by ideological urges. -Todd McCarthy (The Hollywood Reporter)