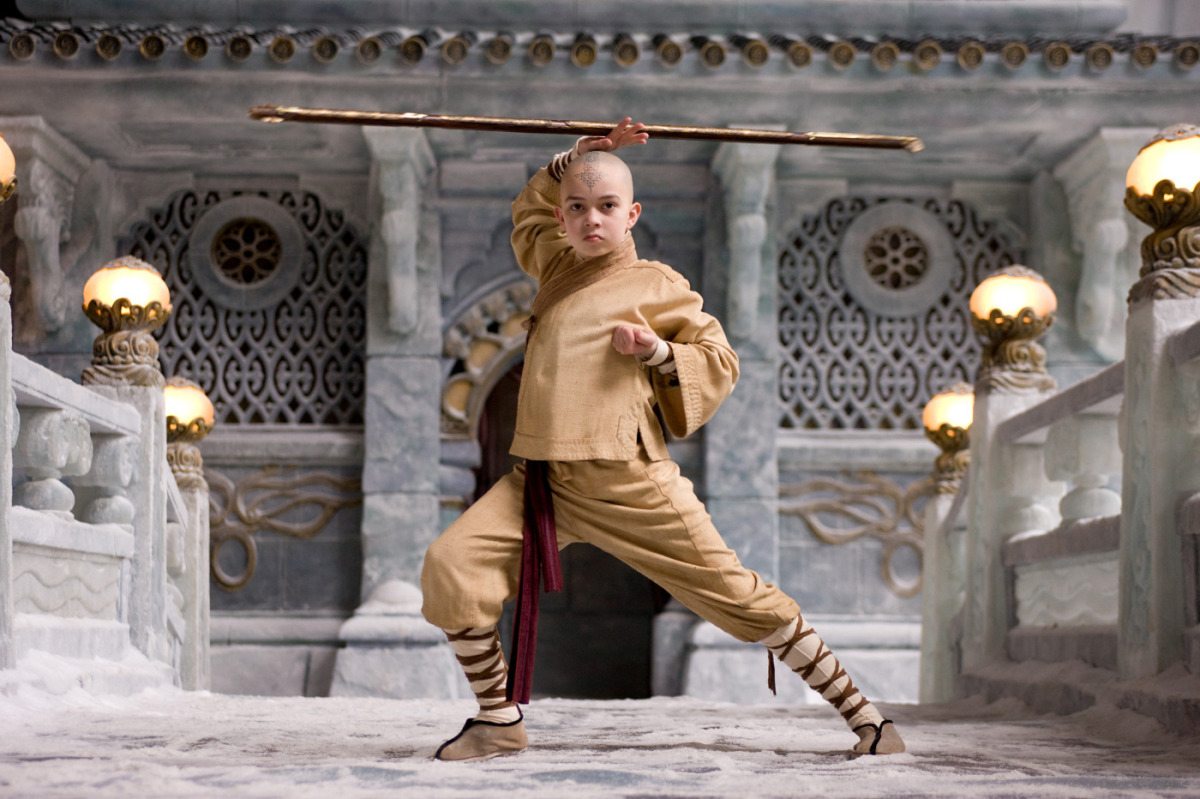 With the rising popularity and success of the animated series’ successor, The Legend of Korra, it’s high-time that Hollywood try again with the Avatar series while the timing is still good.

By the way, I spent a lot of time talking about social media last week, so expect this week to be a little more entertainment-heavy.

Now, let’s get some basic points out of the way. ATLA is my favorite animated series of all time. Debuting in 2005, this show had everything I could possibly want in a sprawling epic.

Amazing animation (it is an American cartoon animated in South Korea), deep and interesting lore, a high-stakes storyline (making it accessible for an older audience), some of the most memorable characters on television, and even humor.

So, making a movie out of this show should have been a cinch. As we understand it, the show’s studio gave Hollywood a lot of freedom with the story, over $150 million was put into its production, and the show lends itself very nicely to a trilogy since it was made with three seasons.

The movie even had M. Night Shyamalan directing it.

Well, okay, all of these things ended up being a negative. Hollywood ruined the story because they had too much freedom, they spent way too much money on the wrong things, making three movies meant changing the length of the story to keep up with aging actors, and M. Night Shyamalan wrote and directed it.

If you haven’t seen the movie or know what I’m talking about, watch these videos that recap everything wrong with the movie pretty perfectly (SPOILERS from here on out).

The question being asked by some is whether or not Shyamalan will follow-up this disaster of a movie with a sequel the movie begged.

Obviously, no one outright wants it, but the movie did manage make $300 million worldwide. So, the movie does make sense financially, if not critically.

Still, that’s no guarantee the sequel will manage to pull off the same magic, especially if none of the first movie’s mistakes are corrected.

That said, I have two possible solutions that would please everyone.

A reboot is the nice solution, because it would take less effort to rework the movie’s mistakes.

Here’s my wish-list for a reboot:

1. Change the writers. The animated series had different writers for almost all of their episodes. Tapping into their talent for a movie just makes sense, especially since they’re the biggest reason (along with the creators) why the series was successful.

2. Pronounce the names correctly. Shyamalan decided that the names in the show were not pronounced correctly in Asian. That was misguided, considering the show takes place in an alternate world influenced by Asian themes, not Asia. Changing the pronunciation did nothing but annoy all of the show’s fans.

3. Change the casting strategy. In the movie, the Fire Nation was depicted by Indians, the Water Tribe was caucasian, the Earth Kingdom was chinese, and the Air Nomads were diverse. This doesn’t make sense alongside the show at all.

The Fire Nation was clearly influenced by the Japanese, which we see in their culture, architecture, and how we find out later on that “firebending” originated with dragons. So, why not carry that over to the movie? Also, a Japanese actor playing Zuko would be way more interesting.

The Earth Kingdom makes way more sense as the “diverse” nation because they are largest. Even the show implies this, since Zuko and Iroh were able to pass as Earth Kingdom refugees in season 2, and many of the characters in this part of the world look very different from each other.

The Water Tribe is composed of two separate tribes, the North and South Pole. You can get away with having Europeans depict the North Pole, but Katarra and Sokka should just be darker skinned like they are in the show to please the fans. A “white” Katarra is just too much of a change, and our pop culture could really use more diversity anyways.

Also, Dev Patel would’ve made a far better Sokka than Jason Rathbone. Sokka is humorous and very animated. Patel’s “Anwar” in Skins was one of the most animated characters in that show, so why not give him a character with more to do?

Finally, the Air Nomads should be Chinese for the same reason that the Fire Nation should be Japanese. They clearly represent Tibetan monks, and we’d have an easier time casting a child actor for Aang who can handle all of the physical stunts throughout the trilogy.

4. Rework the plot. The first season of Avatar is the most challenging to compress into one movie because almost every episode is “standalone.” It’s basically about a group of friends travelling the world having various adventures.

That said, the movie left a lot of really critical characters out, including the Kyoshi Warriors and King Bumi, who play major roles in the other seasons.

Here’s how I would break it down: The first act would focus on Aang, Sokka, and Katarra. We needed that more in TLA, which glossed over major character development points.

The second act should introduce us to the Kyoshi Warriors and King Bumi, who could be Aang’s method of receiving his world-saving mission from Roku. This could all culminate with Book 1’s most important episode, The Blue Spirit, which teaches us a lot more about Zuko.

Finally the third act would focus on the North Pole, giving us more time to commit to Yue’s character, Aang’s confrontation with Koh, the fight between Zuko, Katarra, and Zhao, and Aang’s epic fight against the entire Fire Nation navy.

5. Make the movie longer. Yes, this is a kid’s movie, but that didn’t stop us from letting Harry Potter have at least 2 hours, and there’s really no other way to tell the show’s story.

I’d go on, but you get the point. A reboot would be a much-needed, major overhaul of the 2011 iteration.

As I said before, we could also just skip the reboot and do the sequel as an unofficial follow-up to the reboot I just described. After all, season 2 of the show was far more like a serialized saga with major set pieces, making a movie easier to create.

Or we could leave ATLA alone and just skip to a prequel for Legend of Korra. After all, who wouldn’t want to see a young version of Korra mastering water, earth, and fire?

152 thoughts on “Retronalysis: Can We Reboot “The Last Airbender” Already?”