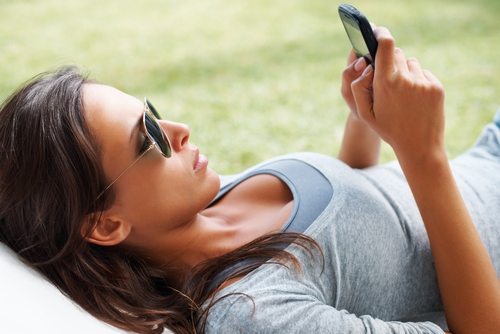 Twitter is my favorite social network at the moment, so expect this analysis to be pretty biased. Of course, that bias comes from the personal realization that Twitter can be one of your greatest assets for your career.

Unlocking the potential to Twitter is something I was challenged to do two years ago at the behest of one my PR mentors. She relayed that the medium is not just growing in size but also in engagement, and I would surely be left behind if I didn’t get the ball rolling by the time I moved into the professional world.

The question here is, “Why Twitter?” Well, there are many reasons, and I suspect that a good number of people who read this will have a personal Twitter profile stashed away somewhere with maybe a dozen Tweets or so that they have put out.

I am writing primarily to those people, who will hopefully take their profile out of the dustbin and begin unlocking their Twitter. Now is definitely the best time!

It should be obvious to many that Twitter is hugely popular, especially among professionals and celebrities. It’s not just because it is now the third largest social network in terms of size. Twitter is rivaled by none with how open and ongoing it is.

What other social network has millions of people hinging on the brief words of a celebrity or opinion leader?

For you, this means that you have the opportunity to expand your connections to people that are relevant to you. I personally go out of my way to follow people who are just like me: new professionals in the public relations and social media world.

What that does is allow me to expand my base of connections and have a large following of people that actually want to read what I have to say. Unlike Facebook and LinkedIn, you are actually encouraged to connect with people you’ve never met, giving you the chance to build an audience on your own terms.

4. It’s where the conversation is.

Twitter is one of the most effective tools for staying up-to-date on news, whether they be general or pinpointed to your interests and career. Measuring opinion on trending topics is also extremely valuable for many professionals, especially in press release writing.

Another way to put it: Twitter is fantastic for listening and observing. Just make sure you are strategic in who or what you decide to follow.

3. It makes you a better writer.

Habitually using 140 characters to share something valuable helps you develop a skill for saying a lot more in fewer words. This is an invaluable skill for almost anyone, even non-writers. This is because Twitter forces you to think before speaking.

A great thing about Twitter is that there is always someone who is ahead of you in terms of follower-size and engagement (unless you’re Lady Gaga or Justin Bieber).

The fun of constantly striving for more and better results keeps you challenged and engaged. It’s probably what makes the medium so addicting, but that is absolutely a good thing.

1. The potential is limitless.

Mastering Twitter takes hard work. No one I know personally has done it, but plenty people I know have unlocked at least some of its potential.

What that looks like: a Tweet from you, gone viral, can create a lasting impact on a huge audience. Something that you’ve said is being digested and respected by countless people.

Once you’ve unlocked Twitter, you have proven to yourself and the relevant people around you that you are, in fact, capable of cultivating a living, breathing community. You’ve gotten your name out there. Having that in your repertoire can help you accelerate your career in so many ways that it is tiresome just to think about it.

I Tweeted yesterday that, “There are no keys to success. Just doors.” Well, Twitter can create a lot of doors to success for you, and it’s yours for the taking.

So now the question is not, “Why Twitter?” It’s now “How do I unlock Twitter?” I’ll help you answer that question next time.