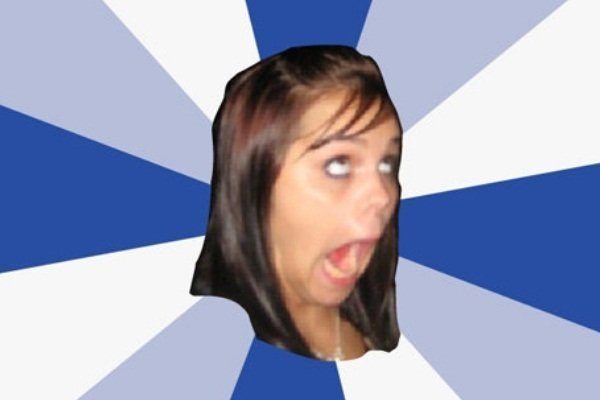 We all have those people on our Facebook or Twitter that annoy us to death with their irrelevant photos and emotional status updates. Truth is, we can all be pretty obnoxious once in a while.

While I’m not in the business of changing human behavior, I do believe there are a few habits we can all take to heart. Here are a few simple ways to be slightly less vexatious:

*Note, this list is based on the opinions of myself and 5 other people. Obviously, this is all subjective, so take this advice with a grain of salt.*

This isn’t a problem for Twitter, obviously, but just because a Facebook post can be forever long, doesn’t it mean it needs to be. A few words can have far more impact than paragraphs of them (we just don’t like to because it actually takes more effort to write less).

People are easily annoyed. Seeing two statuses on the same page of 10 or 11 is annoying.  Exceptions are when you post photos and maybe do a quick status afterwards. Otherwise, you come off like you are talking to yourself, and no one finds that pleasant.

Twitter is a different beast. You can certainly get away with 3 tweets within a few minutes of each other, but when people see you taking up most of their feed, they will most likely unfollow you.

I don’t mind if someone posts the occasional passive-aggressive status update. If that helps you vent, by all means go for it. You cross irksome territory, however, when these posts come to be expected from you.

A good rule of thumb is to abstain from making your status or tweet personal, unless you’re actually writing on someone’s wall or tweeting at them. This is because constant emotional posts come off as desperation for attention.

If you’re looking for help or support, contact someone directly rather than broadcasting it.

Posting about the same thing all of the time wears on people. Just think about the frustration of seeing someone constantly posting photos of their kids.

There’s absolutely nothing wrong with sharing your life with people, especially something exciting like marriage, a new baby, or even a new relationship. Just try to post other things as well. After all, too much of anything is unbearable.

This is also true for funny things you share. E-cards and statuses that have obviously been ripped off of other websites are fun every once in a while but get old fast.

If you really want someone to play a game or try an app you really love on Facebook, message them about it instead and talk about it. Blanket invites do nothing but bother people, and it makes me personally dislike whatever I’m being asked to try.

Event invites are similar. Be strategic about who you invite. Would they really want to go to this event? Yes, this is harder than just sending out 1000 invites all at once, but just think about how many annoying situations you are preventing when you take the extra minute to filter your invites.

70% of your tweets: sharing links, relevant info or retweeting.

20% of your tweets: starting real conversations and communicating with others.

10% of your tweets: talk about yourself.

If you want to catch up, put some more effort into it. “Hey man/girl, we haven’t talked in a while! How’s your new job?”

I hate direct messages on Twitter. I’ve gotten to the point where I don’t even read them. This is because people only use them to sell something. “Go to my website for blah blah blah!” “Did you know your SEO is blah blah blah?”

Listen, if you really want people to discover something that is beneficial to them, be more creative. Mentions are a big step forward. “Hey @JonNegroni! Thanks for the follow. I checked out your site and it’s great. Hope you’ve liked mine as well!

See, that’ll actually get me to pay attention because you’re coming off as a human, not an annoying spam-bot.

Nothing is more annoying than when someone unfollows you after you’ve positively responded to their initial follow. It’s just rude. If you want to grow your Twitter base and maintain a good ratio, stick to unfollowing the people who’ve ignored you.

1. Don’t announce that you’re about to unfriend a lot of people (Facebook)

Some might disagree with this, but hear me out.

What you’re saying: “Soooo I cleaned up my friends list today! If you can see this, congrats on making the cut!”

What you’re really saying: “Be grateful we’re still friends. I can get rid of you like that.”

See, this can really come off as snobby when you announce to everyone on Facebook that they just won some arbitrary competition for your friendship that some of them might not even care about. You’re basically announcing that your friendship is pretty conditional, which may be true, but it’s not smart to just broadcast that.

If you’re going to make a cut to your friends list, keep it on the DL. It’s much classier, and the best part is you’re going to avoid hurting someone’s feelings accidentally.

Hope this list helped! While I may be frequently guilty of breaking the above standards, I am confident that we are a step closer to being less annoying online. Cheers.