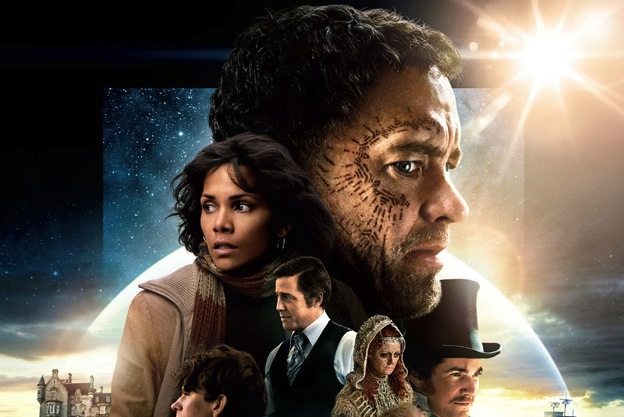 I saw Cloud Atlas at a second-run theater over the weekend and hesitated to write such a late review. My justification is that many people either skipped this one at first run, are waiting to rent it because of the long runtime, or have just not heard enough about it. Well, here’s my take.

Take six short stories (essentially) that span six completely different time periods, highlighting the connections that bind people together across the span of humanity. You’ll see a composer struggling to find success as a bisexual in in the 1930s, a journalist attempting to take on Big Oil in the 70s, all the way to a group of revolutionaries exposing the corruption of cloning in 2144. That barely covers what you are about to see with this film. Put simply, it is a mosaic tied together by string.

Many of the visual effects are just stunning, especially for an independent film (this is the most expensive indie film to date, costing over $100 million). The most impressive scenes come during the action-packed future timeline in 2144 New Seoul. Really, the rest of the movie doesn’t even compete with the visual flair of this time period, not even the period set further than this. 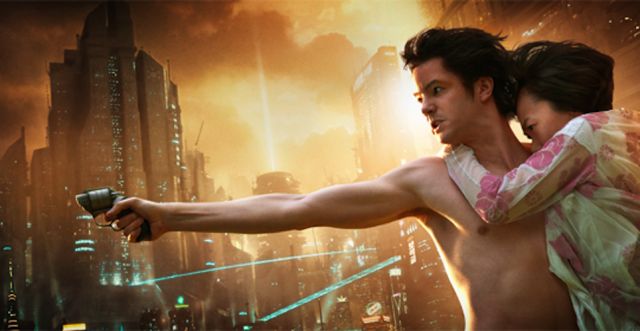 Many elements of this film are fantastic. The acting is well-done, as this film boasts a huge A-list cast, with Tom Hanks, Halle Berry, and Jim Sturgess dominating most of the standout roles. You’ll recognize Ben Whishaw, who played the new quartermaster from Skyfall, and my favorite character turned out to be Doona Bae’s Sonmi.

The pacing is very impressive as well. The stories begin chronologically, introducing us to the characters in a slow, gradual pattern. The film then shifts stories at random, giving only minutes to each story. In theory, I should have hated this, as there was no cohesion behind the transitions. It worked for me, however, and will probably work for people who are inattentive, as this will force them to constantly pay close attention. 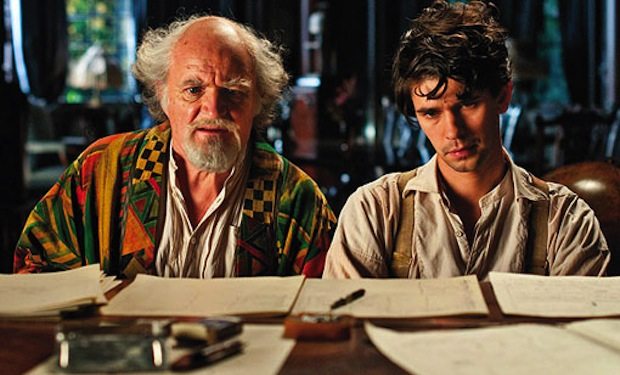 Finally, the soundtrack is easily the best of the year, which turns out to be the film’s biggest downfall.

Unfortunately, the stories just aren’t that interesting. In a novel, they definitely would be. With more details and context, I probably would have been rooting for the sympathetic abolitionist played by Jim Sturgess in 1849. I would have cared that Timothy Cavendish broke out of the nursing home with his band of carefree elders in 2012.

The problem is that a movie that brags about how epic and grand it is with its moving, powerful soundtrack just doesn’t match up with the simplicity and (ultimately) irrelevant stories we’re being told.

I just couldn’t figure out if the movie was trying to be a mosaic or not. At one point, you’re seeing how all of these stories are connected, but then that anxiety is rewarded by conclusions that really make no difference or impact. It’s a mosaic tied together by string, which is great for some, I suppose, but frustrating for me.

When it comes down to it, I had no idea what the film was trying to say.

I’m conflicted here. The film got everything right except for the problem that its source material just doesn’t do it for me. I’ve never read the novel, but I’m guessing that the book has the same mosaic format to it. I’m someone who has been raised on Assassin’s Creed, a franchise that is all about connections between ancestors and how that makes a significant impact on the story being told.

Cloud Atlas was disappointing to me. I loved elements of it, such as the pacing, some characters, and the score, but the content just didn’t live up to how great these elements are. It is an ambitious film, for sure, in that it tells 6 different stories in 6 completely different settings and actually nails the presentation. Unfortunately, I feel like I gained nothing from watching it.

I don’t think this is worth watching if you are a casual moviegoer looking for something interesting to take up your time. It is a long 3 hours, and many are bound to lose interest after the first hour. If you are a lover of film, however, and want to see some great set pieces, beautiful effects, and listen to an amazing score, you’ll like this film.