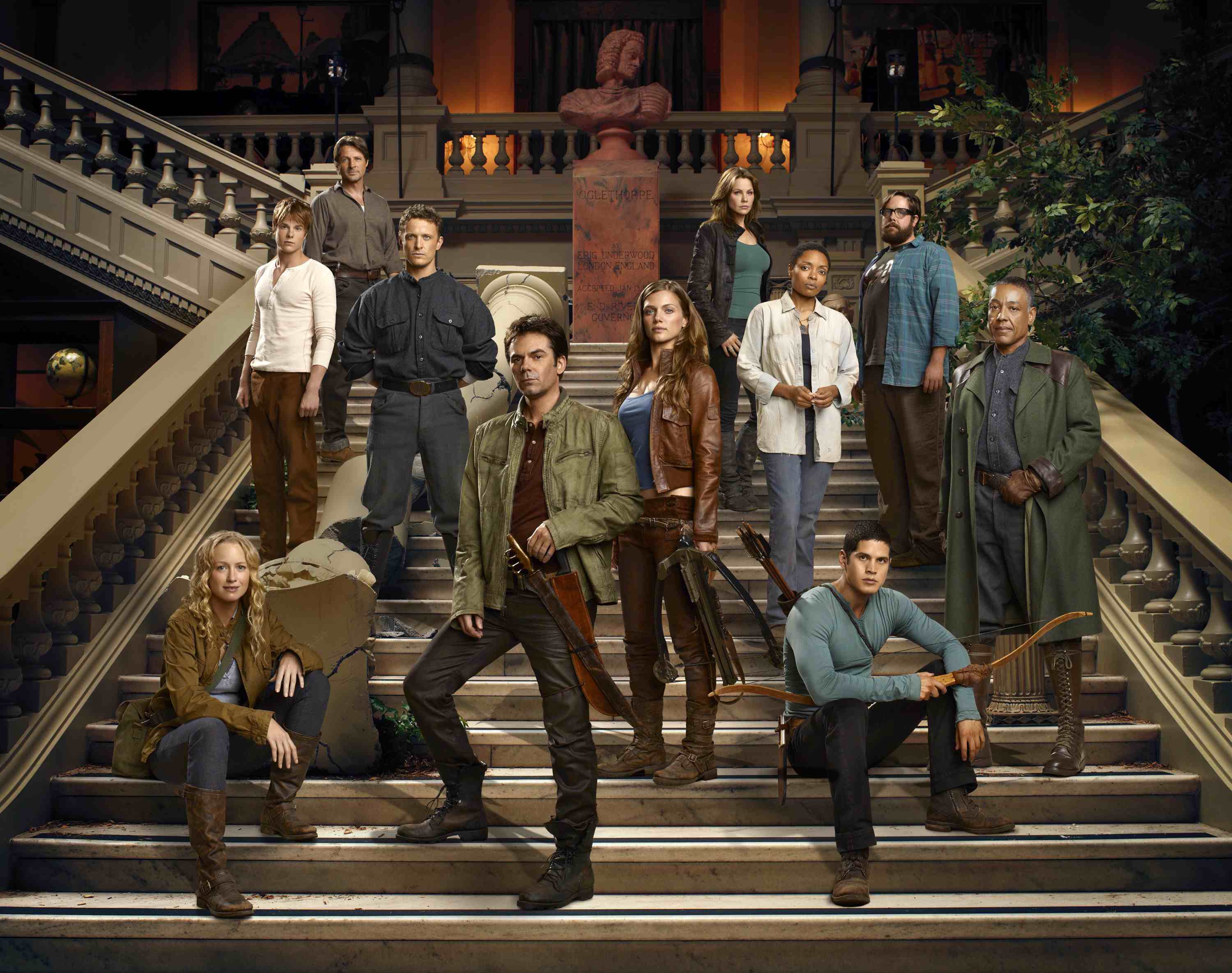 If you haven’t watched the pilot yet, I strongly suggest you do before reading on. You can watch for free here: http://www.nbc.com/revolution/video/pilot/1415378

The basic premise of Revolution follows one key theme: what would happen if all of our man-made electrical devices just stopped working? Cars, airplanes, lighting, even batteries are now completely useless, as something has disrupted electrical currents.

Revolution follows this idea opening with the “blackout” which takes place during the present, and we see how this sudden change immediately affects the world. The show fast-forwards 15 years to our main characters, who are embarking on a mission to save a family member from a ruthless militia. Along the way, we are shown hints to why the blackout happened and who knows about it, and the show teases us with flashbacks to the day the blackout happened a la “Lost.”

It’s an interesting mystery for sure, but what has people really rooting for the show is how it lends itself to spirited adventure with the reasonable implementation of muskets, swords, and crossbows. The action scenes are actually dynamic and fun to watch, making it a lot like Pirates of The Caribbean meets Fallout if that makes any sense.

That said, the pilot has its issues. Mainly the characters. I don’t really like Charlie, the female lead, as she seems like a pretty boring narrative device. Her main function is to bring the other characters together, but it’s not very exciting yet. I’ll give her more episodes, but I don’t like what I see yet. The other characters standing alone are much more well-conceived, especially Maggie and Miles. Maggie is a botanist that uses trickery to win her fights, although she doesn’t seem to fit in the cast ensemble just yet and doesn’t get much screen time.

Miles could be the show’s saving grace as the reluctant hero who bests an entire platoon of militia soldiers single-handed. Easily the best action scene you’ll see on TV these days.

Other characters don’t make much sense yet, such as Nate, the show’s villain yet hero who works for the militia and has a thing for Charlie. Aaron is a former Google employee who is nothing more than a comic relief who we’ll hopefully see come to his own as this group’s “Sokka.”

Oh and how could I leave out Giancarlo Esposito, who can only be described as Revolution’s own  Gus Fring. His performance was great, of course, but we really need to see him evolve beyond his usual sharp-tongued villainy.

Overall, the show has plenty of promise. Enough, at least, for you to get plugged in now and see where this goes. As long as the characters begin to find their rhythm amongst each other and the writing continues to catch us off guard (the second-to-last plot twist was very well-done), we could have an addicting (for a good reason) show on our hands.

Also, people are crying foul over supposed plot-holes surrounding how this world has been shaped after 15 years. All I can say is wait. I’m sure we’ll see valid reasons for why society has developed into what we see in the pilot, and I’m confident they can pull it off.