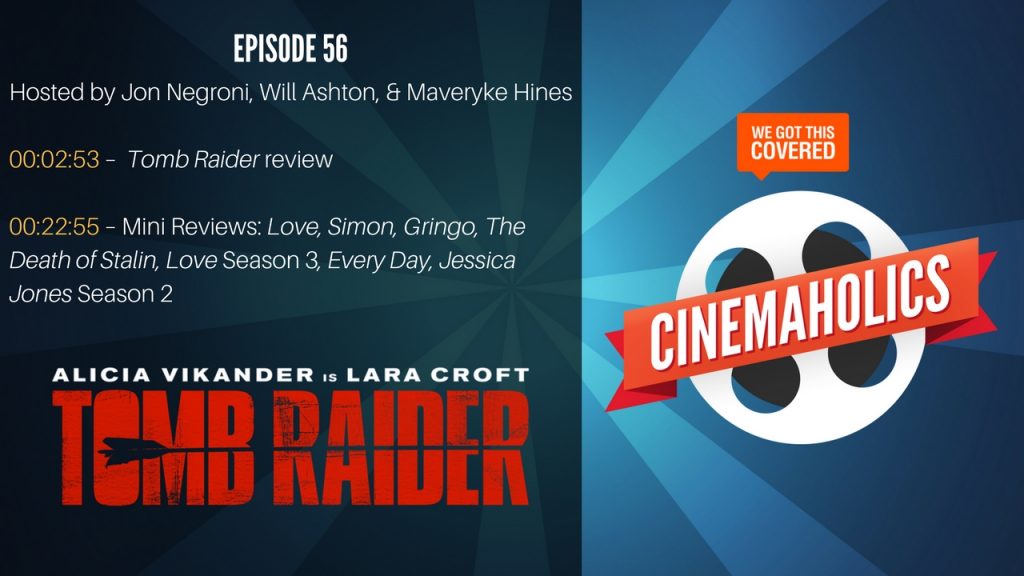 I’ve been as busy as ever this week, so it surprises even me that I managed to catch both Tomb Raider and Love, Simon in time for this episode of Cinemaholics. We even managed to catch The Death of Stalin, Love Season 3, and some others. Despite a packed episode, this discussion comes in at just under an hour for once.

The featured event is Tomb Raider, which is admittedly right up my wheelhouse for two reasons: my love of action adventure and most certainly the 2013 video game reboot this new film is based on. I’m also a fan of Alicia Vikander, so what could go wrong? Well, listen and find out. Our discussion certainly livened up a bit, though, over Love, Simon, which I can declaratively say is a new favorite of the year.

Question for you: What is your favorite video game adapted film?