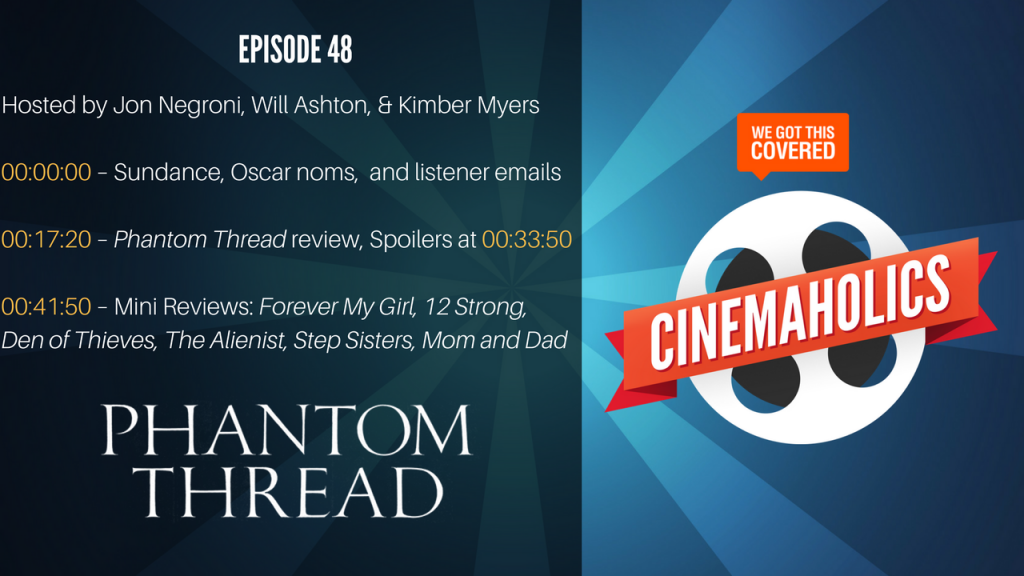 Phantom Thread is the newest film from director Paul Thomas Anderson, reuniting with Daniel Day-Lewis, one of my favorite actors in Hollywood (and one of the best cinematic performers of all time). I sat down with Will Ashton and special guest Kimber Myers of The Playlist to discuss the new movie, which also stars Lesley Manville and Vicky Krieps.

In our Mini Reviews segment, we covered a wide range of different movies, from the patriotic true story war film 12 Strong to the laid-back airport romance flick Forever My Girl. Plus Den of Thieves, a new heist action movie starring Gerard Butler, along with a quick review of The Alienist, a new show coming to TNT. Netflix has a new original film out called Step Sisters from the same director of Drumline. And an under-the-radar VOD release called Mom and Dad starring Nicolas Cage and Selma Blair.

We also took some time to discuss the impending Oscar nominations (now made public), so you can hear how wrong or right our predictions were.