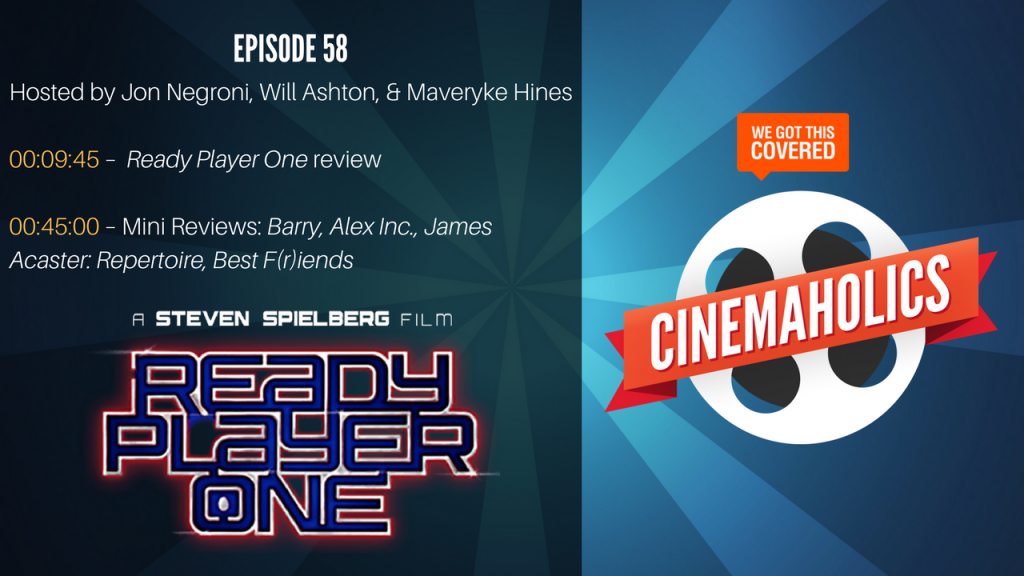 Ready Player One. It’s the movie people can’t stop talking about, one way or another. Half consider it an enjoyable romp worthy of Steven Spielberg, and the other half considers it a hellscape of boredom, maybe even bad intentions. Hyperbole aside, I sat with Will Ashton and Maveryke Hines to discuss the new film, highlighting its strengths, weaknesses, and comparisons to the source material.

But that’s not all. For Mini Reviews this week, Will and I finally chatted about Barry, the new show on HBO starring Bill Hader. This pivoted into a discussion about Alex Inc., a somewhat similar new show (circumstantially) starring Zach Braff. From there, we ended up talking about Scrubs for a solid 10 minutes, and you know what? I’m glad we did. The rest of the show contained a bizarre personal story about James Acaster and his new Netflix comedy special Repertoire, followed by a brief review of Best F(r)iends, a new movie starring Greg Sestero and Tommy Wiseau of The Room fame.

Question for you: Which Steven Spielberg movie sums up his talent as a filmmaker in your mind?