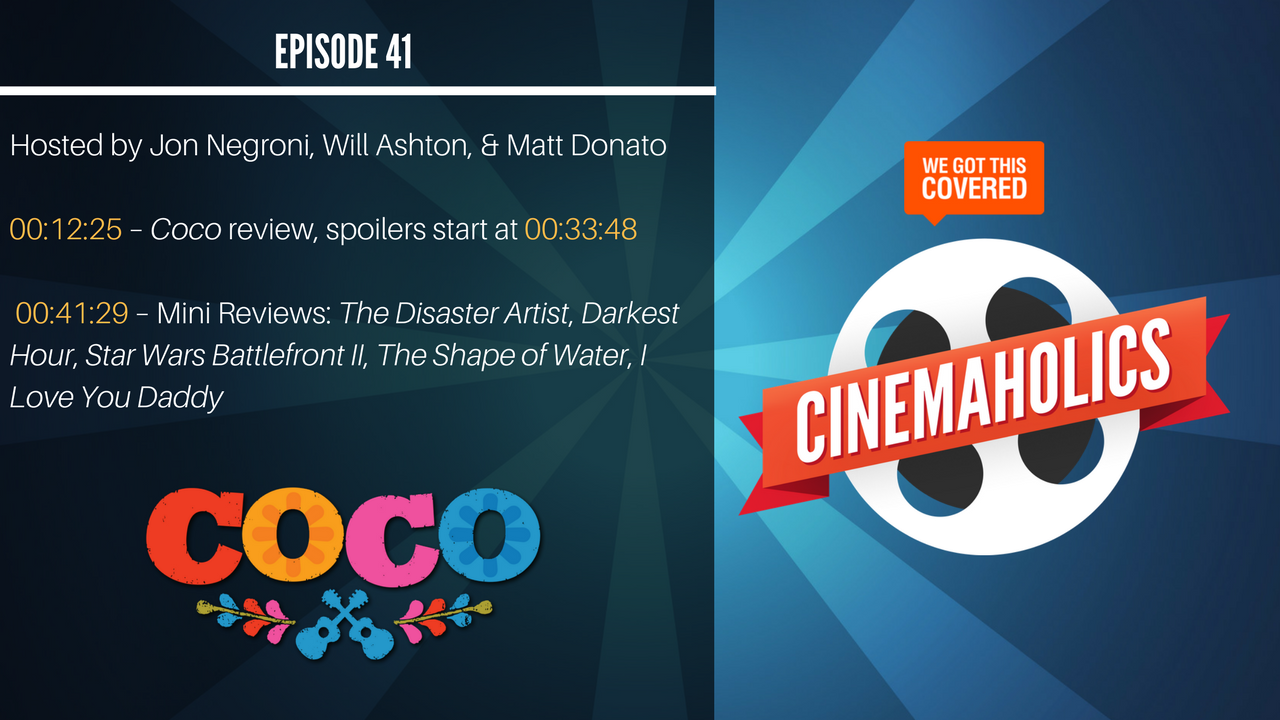 Coco is yet another major success for Pixar both critically and financially, and over Thanksgiving break we took some time on the podcast to review the film with special guest Matt Donato. We started the show with some discussion over the recent John Lasseter scandal and how that might affect (or have affected) the production of Toy Story 4. And we did find time to get into some spoilers for Coco with proper warning, of course.

In our packed Mini Review segment, Will Ashton and Matt Donato spoke at length about The Disaster Artist, the new A24 film starring James Franco, Dave Franco, and Seth Rogen. Will had a chance to finally share his thoughts on Darkest Hour, which is set to secure Gary Oldman an Oscar nomination for his portrayal of Winston Churchill. I managed to sneak in my thoughts on Star Wars Battlefront II, pointing out how some plot details in the campaign may pave the way for details in the upcoming movies. Lastly, Donato discussed his spontaneous thoughts on I Love You Daddy, the Louis C.K. film that has been dropped by the distributor, as well as The Shape of Water, Guillermo del Toro’s latest film being both praised and ostracized for its polarizing material.