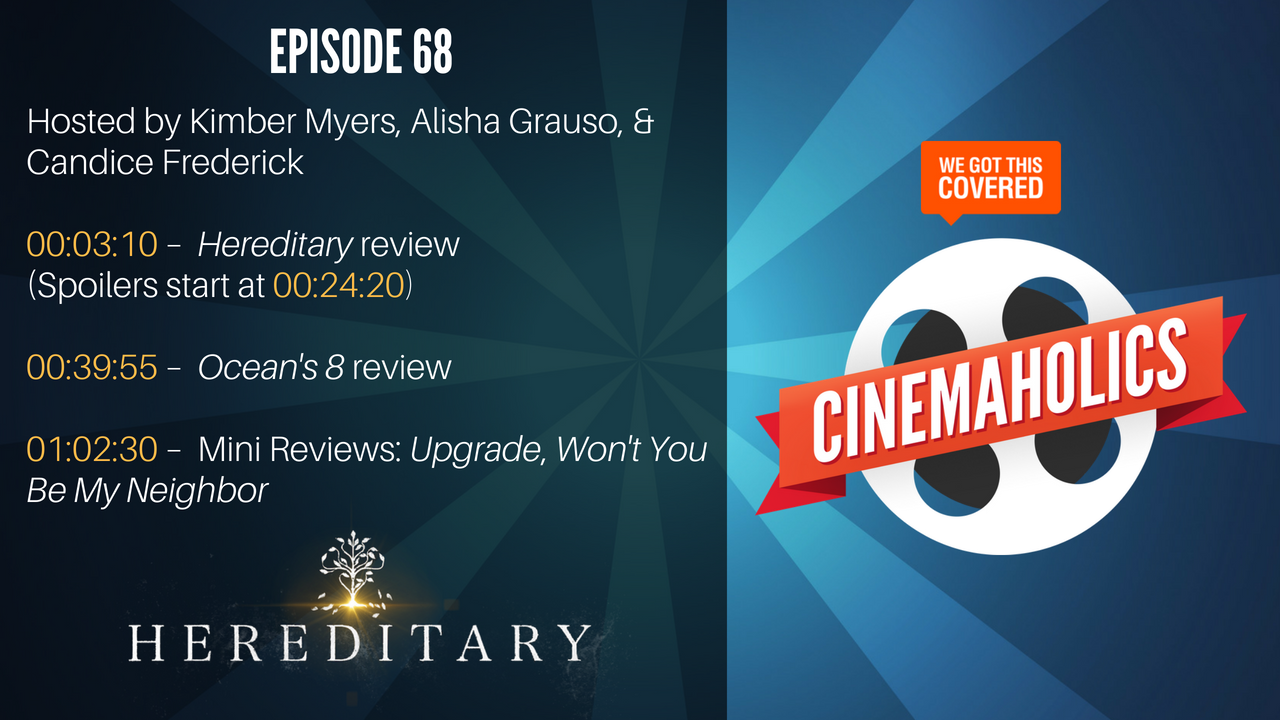 This week, we handed the podcast over to an all-female cast of awesome film lovers to review Hereditary and Ocean’s 8. Kimber Myers hosts this week with special guest Alisha Grauso and newcomer to the pod Candice Frederick, and they kick things off with a lively conversation about the year’s breakout horror hit from A24, plus the spinoff to the Ocean’s 11 franchise starring Sandra Bullock, Cate Blanchett, and many more.

For mini reviews, Kimber and Alisha discuss Upgrade, the sci-fi action darling we did our for our feature review last week, and then Won’t You Be My Neighbor, the Fred Rogers documentary that has been warming the hearts of even the coldest critics.

Question for you: what’s the scariest movie you’ve seen in recent years?