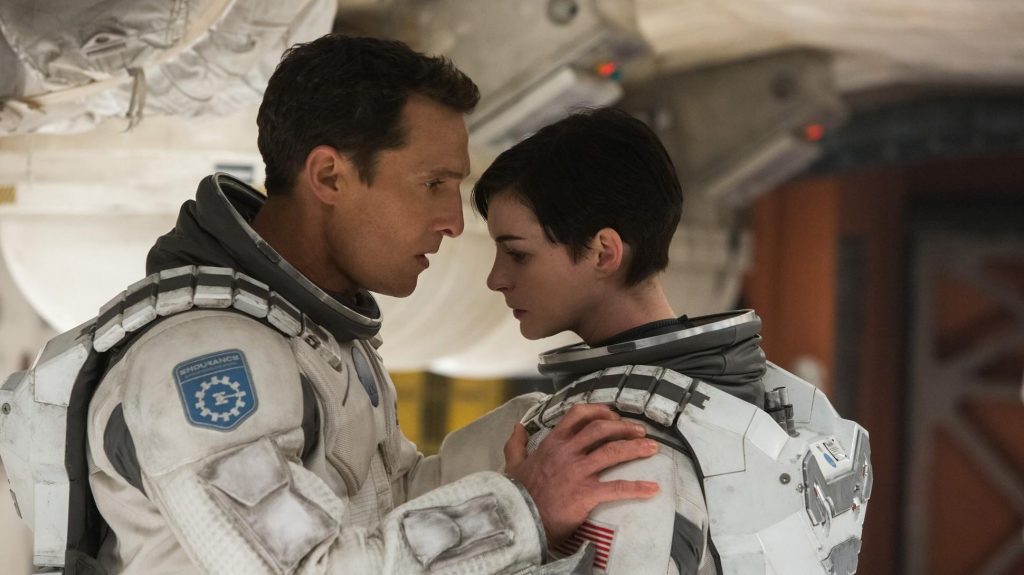 Christopher Nolan’s ambitious sci-fi space epic Interstellar has proven itself to be a very contentious topic of discussion among hardcore moviegoers (and Nolan fans). And in the three years since its release and after Nolan’s newest film Dunkirk, the debate has only gotten more divisive.

Some liked it, some (including Jon Negroni himself) didn’t, some were indifferent, etc. Despite all this debate, Interstellar has managed to gain a surprisingly devoted following, many of them (like myself) even more impressed the second time watching it.

As the title of this article suggests, I remain a staunch defender of Interstellar. Yes, it definitely has flaws, but there’s still a lot to love. When I first saw the movie, however, I was sad to say that I didn’t like it much. I found it boring and confusing, and it just kind of left me disappointed. It wasn’t until the recent release of Dunkirk that I decided to give it another shot, along with some other Nolan movies, to gain a fresher perspective.

I was amazed by how much I loved Interstellar the second time.

I almost didn’t think I was watching the same movie, and I eventually came to the conclusion that time was the key factor here. It had been over two years since I first saw the film, so I had actually forgotten a lot of what had happened, weirdly enough. I did remember most of the actual plot thanks to a combination of my disjointed memory and some of the online discussions I had observed over the years, so I pretty much knew the basic premise going in, which I think made for a much more complete experience. An emotional one.

In fact, the emotion of it all is what surprised me the most watching Interstellar the second time. The personal story of the characters, the beautiful imagery, and the score by Hans Zimmer all worked together to sell me on humanity being at stake. I truly felt like time was running out and that every second was important. The relativity scene and the docking sequence stick out as being especially tense and heavy, making for some decent thrills among the more conceptual material.

On top of all that, I was impressed by how Nolan balanced all this heaviness with a very unique story about a father and his daughter. Although Cooper (Matthew McConaughey) and Murph (Mackenzie Foy and Jessica Chastain) don’t have a lot of screen time together, the connection between them managed to be as potent as it needed to be, even across time and space (a point the movie directly addresses, of course). 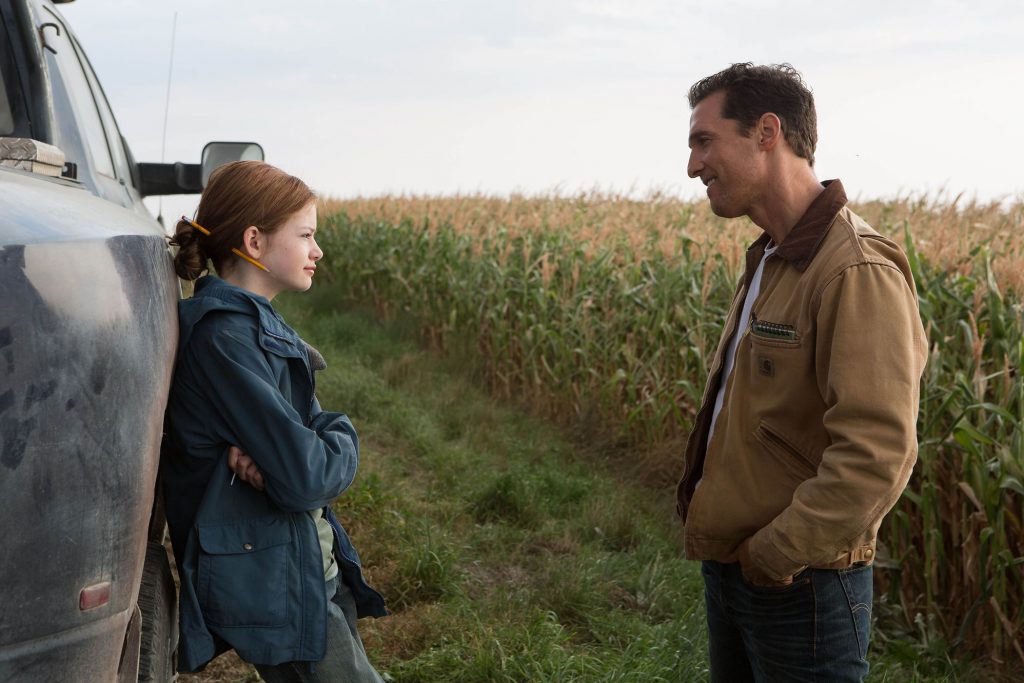 That said, I attribute this successful character relationship to the editing by Lee Smith. He cut these scarce scenes together in just the right way for them to display the mutual care between Cooper and Murph and how they can’t seem to move on, even though it may be in their best interest to do so. The performances by McConaughey, Foy, and Chastain obviously help too. They’re able to convey the pain of leaving a loved one behind in a very convincing way, and I was excited to see where the story was going even though I already knew the ending. That’s not easy to pull off.

But what I liked the most while rewatching Interstellar was the overall message I must have missed the first time around. It might be a hackneyed thing to say, but I was impressed by what I think Nolan was getting at with a recurring motif in the movie in the form of Professor Brand (Michael Caine) repeating these lines from a Dylan Thomas poem:

“Do not go gentle into that good night; Old age should burn and rave at close of day. Rage, rage against the dying of the light.”

First, recall the premise of the movie: humanity is on the verge of extinction and/or famine as a result of a second dust bowl destroying the world’s resources. You get the sense early on that most people have basically accepted their fate and are just trying to have as good a time as possible before it all slowly ends.

What I think Professor Brand, and by extension Christopher Nolan, is getting at with the poem is that we shouldn’t just give up on life. We possess the intelligence, the potential, and the technology to resist the natural order of things, and we should use our humanity wisely. Just because we can. Why not fulfill our potential as intelligent beings?

It’s this kind of compelling philosophy that makes me love science fiction as a genre.

Despite all of the praise I’ve given it, I still don’t think Interstellar is a perfect movie. Most of my flaws stem from pure filmmaking aspects. For instance, I think the shifts in tone between intellect and emotion can be very jarring at times, and some scenes can be a little too wordy and bogged down in exposition. 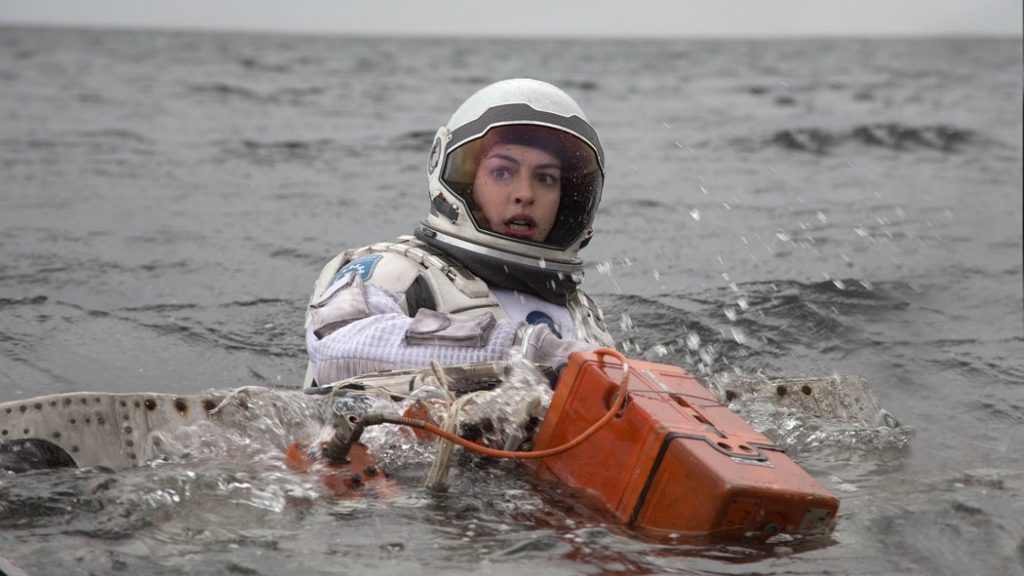 I think there are numerous wasted characters, as well, most notably Dr. Amelia Brand (Anne Hathaway) and Dr. Mann (Matt Damon). They’re both a bit underwritten and don’t have as clear motivations as you’d expect from the rest of the script. Plus, Dr. Mann is a little on-the-nose in that one scene I don’t think I have to spell out.

Also, and this is painful to say, the ending is…perfunctory. I think most people agree the story wraps up sappy and with little apparent thought put into the broader implications of the whole enterprise. I don’t want to accuse the studio of meddling, but it really seems like someone put something into the movie at the last minute in an attempt to make the film more accessible. Who knows?

Problems aside, I’m happy to say I finally got my money’s worth after almost three years. If there’s anything I would like you to take away from this belated review, it can be found right in the title. Maybe Interstellar is worth another try. Coming from the perspective of someone who came around after just one rewatch, I think there could be more to it than you originally imagined.

7 thoughts on “Second Opinion: Seriously, ‘Interstellar’ Is Worth Another Watch”