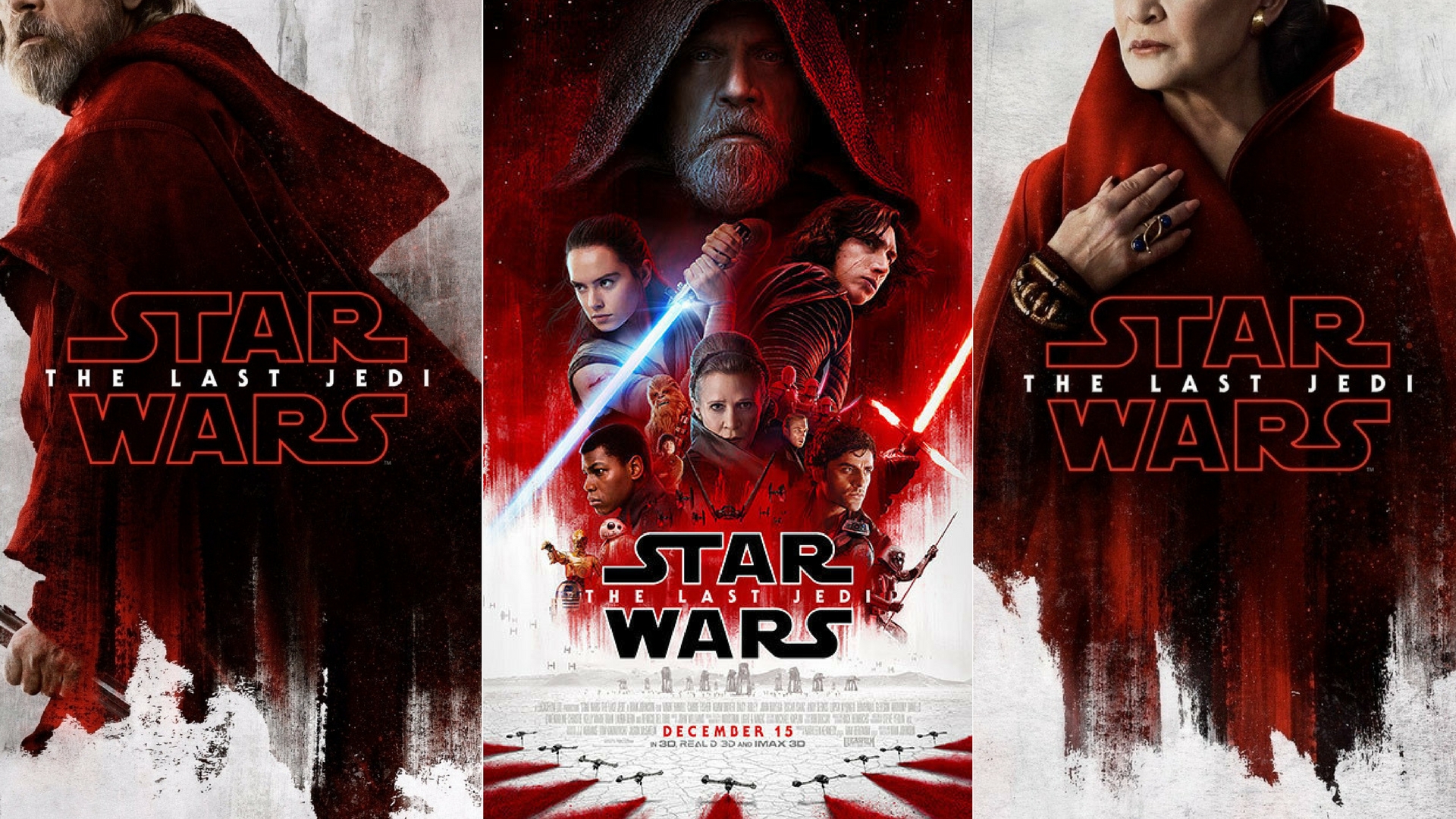 The One Where We Are All Angry #NotMyLuke

Star Wars Episode VII came out in theaters a week ago and Part-Time Characters is finally ready to talk about The Last Jedi with all of the spoilers and rage. Accompanied by our guest, Jerry Rodriguez, we let the hate flow through us as we discuss the out of place humor, the new character pairings and ‘the twist’ that people either love or hate.

Be warned. We talk about every little detail of this movie. There will be all the spoilers. If you haven’t seen this movie yet and don’t want it spoiled for you, maybe come back in a week and have a listen.

We start off the episode by mentioning in a few sentences how we felt in general about The Last Jedi. Bridget makes the perfect analogy of comparing the movie to eating Froyo when what you really wanted was a sundae. We move on to analyze the humor and how it compares to the humor of previous Star Wars movies. Was it too much? Was it actually funny? Did it even feel like Star Wars?

Later on, we discuss each character’s story and how they come together in the third act. We are all still perplexed with Finn and Rose’s storyline and how this is not the Luke Skywalker we all know and love. Even Mark Hamill doesn’t understand why Luke would hide away for so long.

Right before we almost join the Dark Side, we end the episode by speculating what can be expected from Episode IX. Let’s just say, we don’t have a lot of hope. Sorry, Princess Leia.

ANNOUNCEMENT: We are thinking of making a confession game. We are going to leave our anonymous confessions here (all related to movies or celebrities) and in the next episode, we will read them and try to decipher who confessed what. The whole point is to bluff and make sure people don’t guess our confession. You can leave yours as well and confuse us. When we play the game, you can admit to your confession in the comment section. Click here to register and confess!

Question of the Week: What did you think about The Last Jedi?

Let us know your thoughts in the comments and Sam will read them next week. You can also send us your thoughts to our email parttimecharacters[at]gmail[dot]com. Don’t forget to follow us on Facebook or Twitter so you can send us direct messages and get podcast updates.

Subscribe to us!
We are now part of Omny. Be sure to subcribe to us there and get the first notification of a new podcast episode! And subscribe on iTunes and/or Stitcher, where you can also rate/review the podcast if you like it!