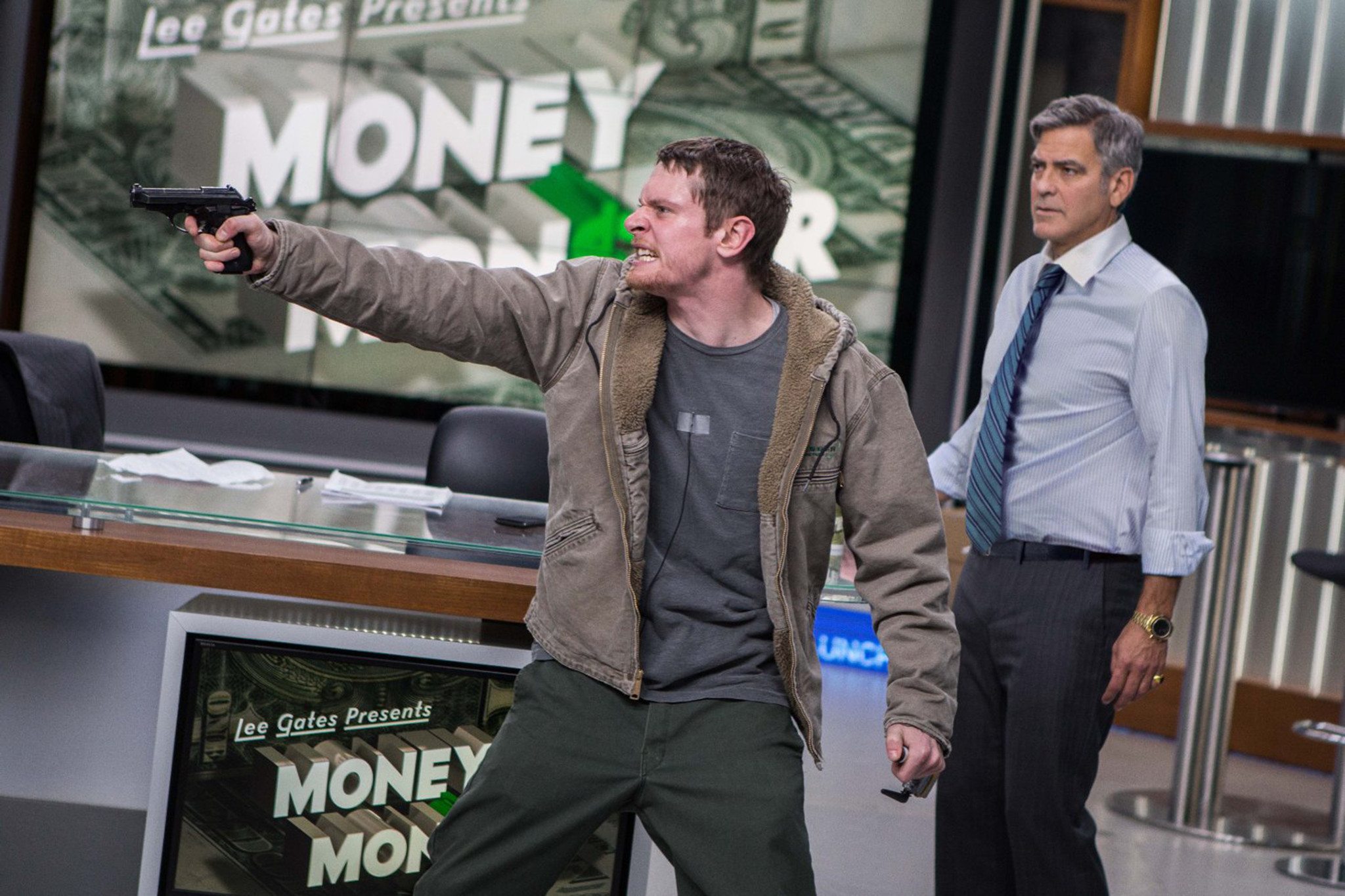 Films about Wall Street, greed, and the likely combination of the two have always been reserved for a certain type of moviegoer. Mostly the ones who care enough to understand the differences between the DOW and the NASDAQ, for example.

Last year’s The Big Short might have started a new trend, though, when it comes to films about how “big money” affects everyone, not just rich stockbrokers. And if that film was a prototype for how a complicated financial crisis could be better explained to outsiders or newcomers, then Money Monster feels like its made-for-TV spinoff.

That’s not to disparage the movie, outright, but simply illustrate the downsizing in scale and entertainment value. To hook viewers, Money Monster begins as a hostage thriller, when a disgruntled victim of a bad call (played by Unbroken star, Jack O’Connell) hijacks a live Mad Money TV show clone hosted by George Clooney playing George Clooney if he had Jim Cramer’s job.

But as a whole, Money Monster wants to be about more than a singular man in search of answers while his finger is on a trigger, ready to set the studio to explode on live TV. It tries hard to place universal attention on the millions of people we didn’t really see on The Big Short. The ones who lost big when they bet big. 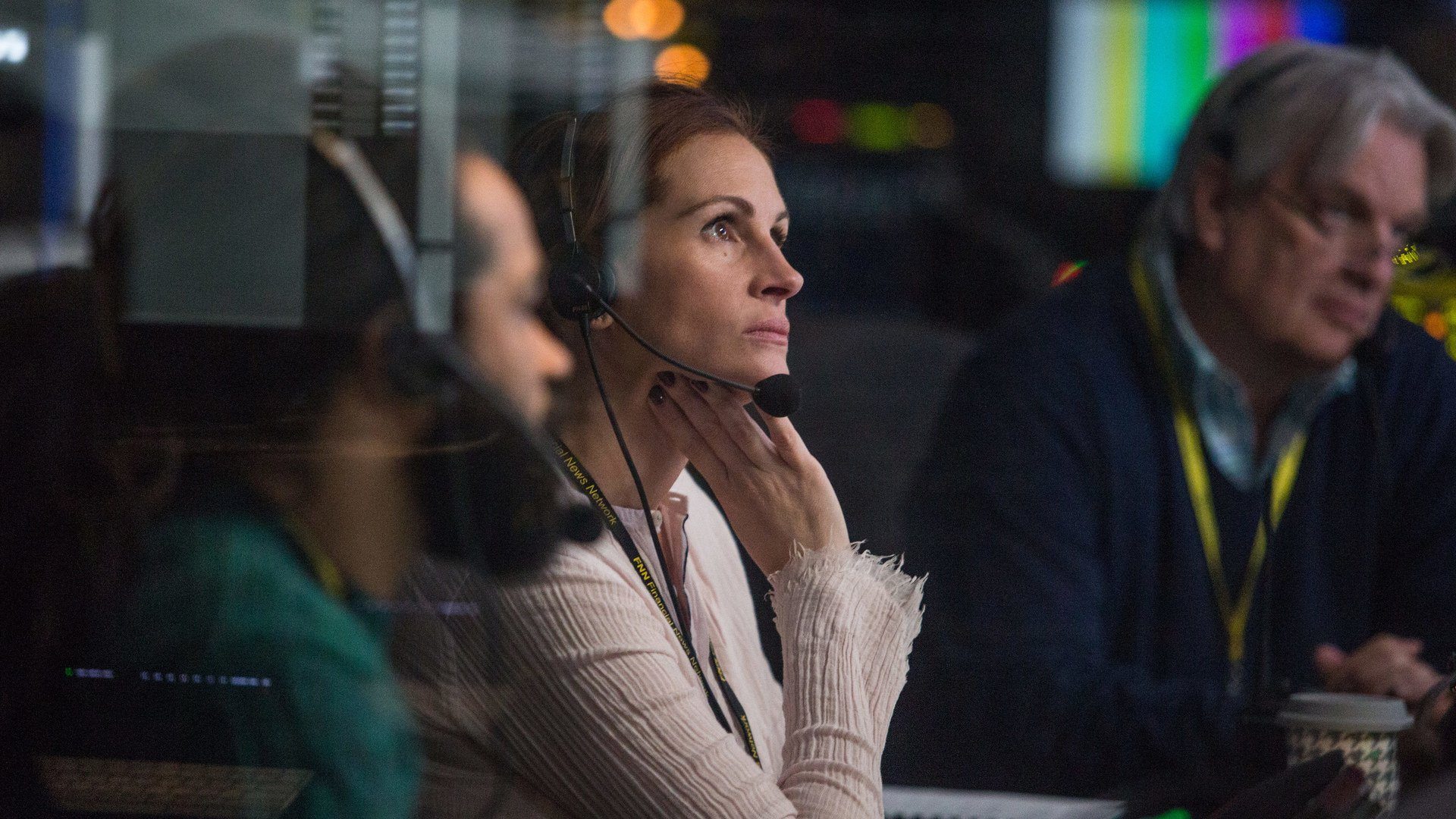 The movie even transitions its multi-camera editing to ample shots of normal people reacting normally and nonchalant to what is frankly a terrifying situation occurring down the street. The intention is to drive home the point that people care little about the details of where their digitized money goes, but it falls flat about the seventh time the viewer (who has so far been hooked into a competent psychological showdown) is shown seemingly random scenes of hackers across the world playing video games while all of this goes down.

It’s these dramatic and abundant tonal shifts that weaken what could have otherwise been an effective, even moving film carried well by Julia Roberts, who plays the director in charge of keeping the cameras running per the gunman’s demands. The three-way-tug between her, O’Connell, and Clooney is easily Money Monster at its most interesting and somewhat unique. It’s just a shame that director Jodie Foster felt the need to cram quasi-relevant pop culture and news junkie references all over this film to drive home a point that could have been made with much less.

3 thoughts on “Review: ‘Money Monster’ Is Almost, But Not Quite, a Buy”