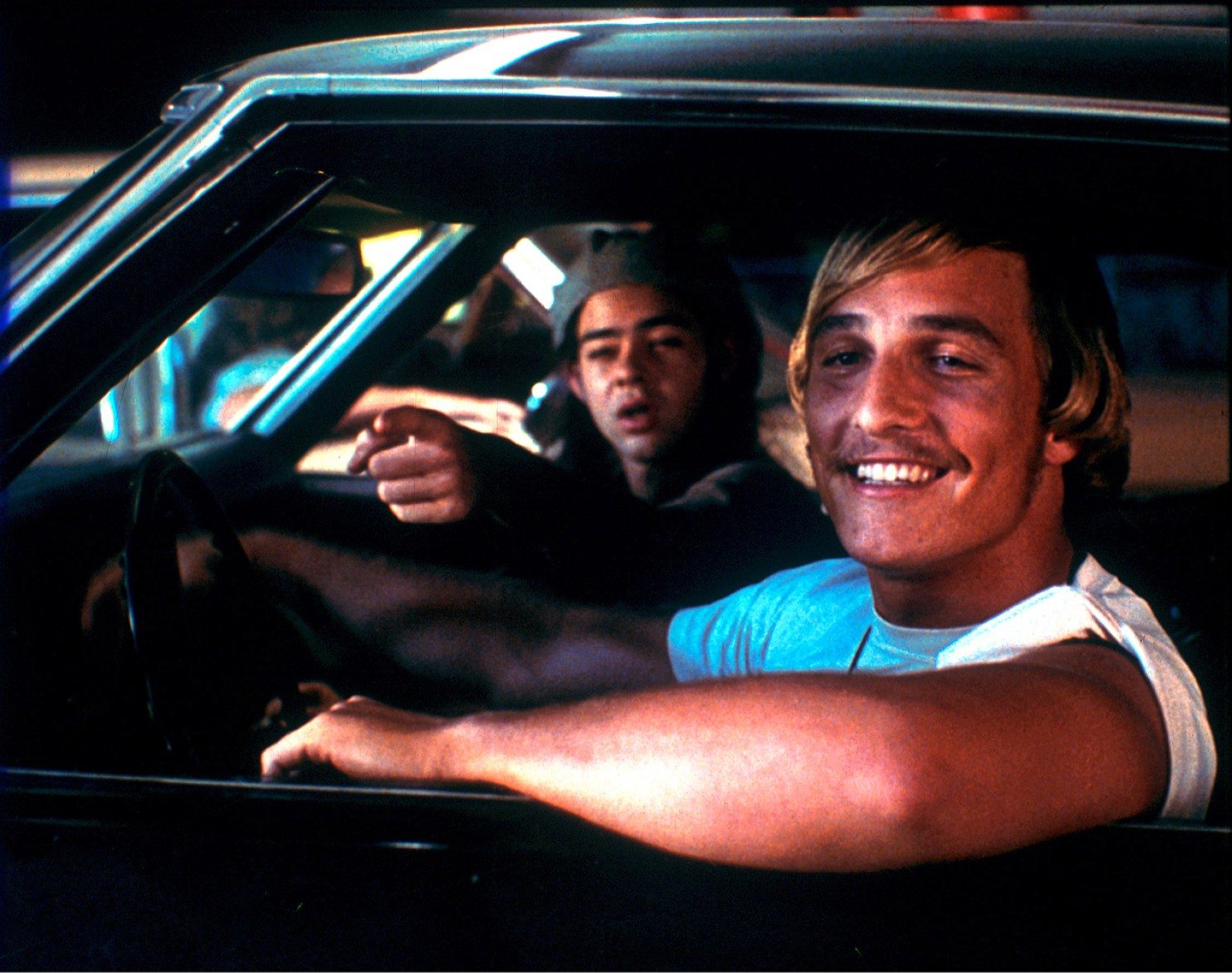 Before there was boyhood, Richard Linklater was dazed and confused, transplanting his own experiences as an angsty teenager growing up in 1976 onto the big screen.

So what works in Dazed in Confused has a lot more to do with Linklater himself than the admirable cast, as it was the 90s comedy that undermined all of the others that came after it (peaking at Can’t Hardly Wait and perhaps Not Another Teen Movie). Dazed dashed the plot heavy drama-fests of the 80s and replaced them with a heart even Breakfast Club would fist bump, cementing itself as one of the first true cult classics of its decade.

That’s not to say people were ready for this movie in 1993. Though it captures many of the typical aesthetics that accompanied teen comedies at the time, Dazed approached both the spiritual highs and lows of being a kid during that era, or any era if you grew up with a good taste in music and loved to wander around without a GPS.

The film centers around a group of seniors on their last day of high school; going to parties, pool halls, and overall just getting into trouble. The movie addresses the fact that while these many teenagers we see engage in obvious behavior (sex, drugs, and rock and roll), not much of what they say or do actually means anything. 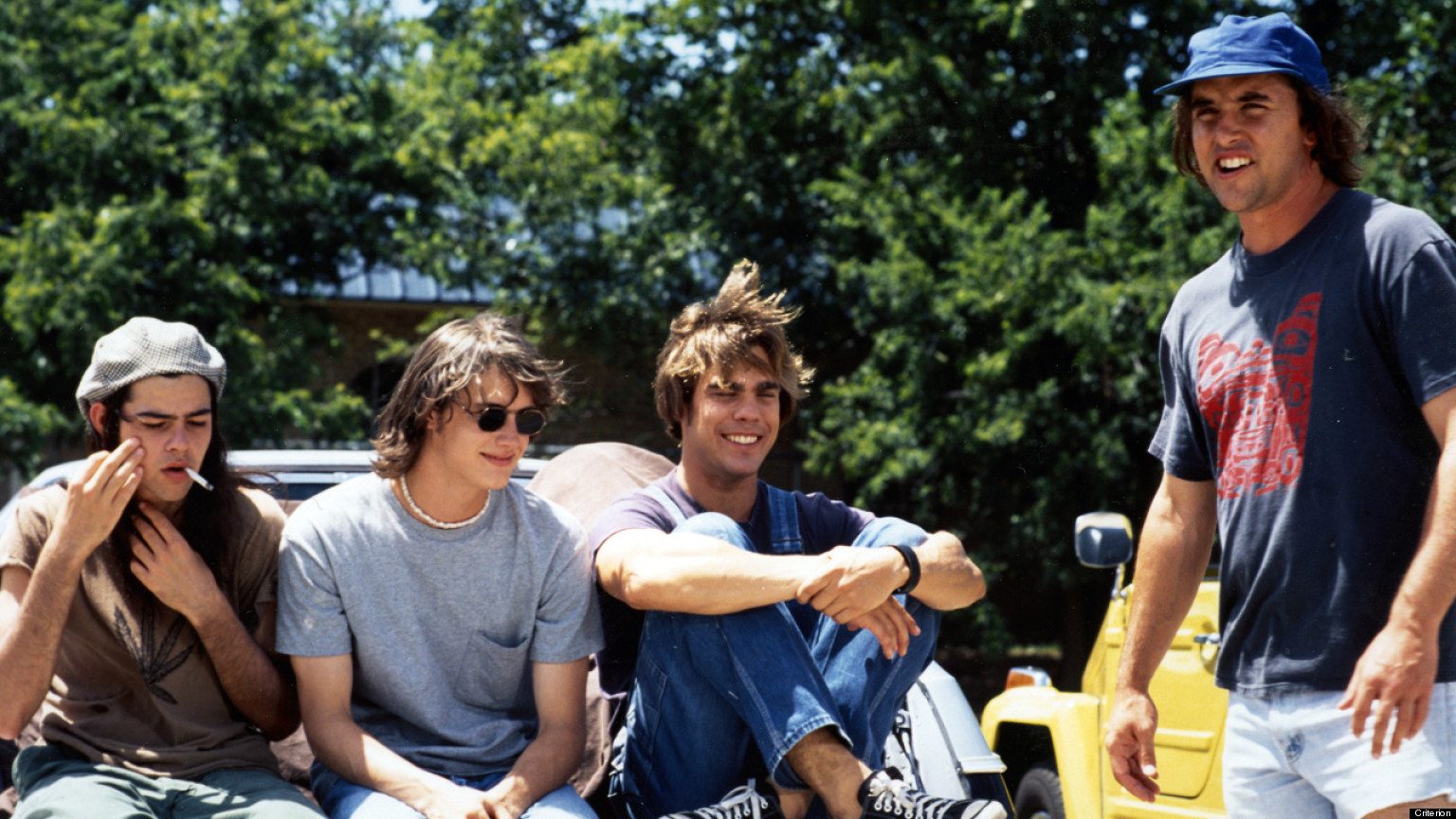 And most of them seem to honestly get that. It’s one of the most honest coming of age films of all time, if only for addressing just how empty adolescence can feel when you’re trying to reflect back on it, putting your hopes and wishes onto the relationships that were either forced by proximity or brought on by a mixture of hormones and chemical substances.

…if I ever say these were the best years of my life, remind me to kill myself.

Rather than place the weight of its characterization on massive set pieces, such as a sudden tragedy, failed romance, or name your trope, Dazed hedged its emotion on small moments of dialogue between relatable characters. Is it any wonder that a 90s stoner movie centered around 70s in-jokes strikes a chord with everyone else?

Amidst all of its disheartening observations on life is some fun, though. The humor of Dazed is competent enough to lend weight to its softer touches. Wooderson (played by a young Matthew McConaughey), is probably the film’s most humorous character, while also the most pathetic — being a guy in his 20s who still hangs out with high schoolers.

He’s also one of the few characters who doesn’t go through his own rite of passage (and for good reason). Throughout the film, we observe how each character either wins or loses based on some arbitrary contests that range from freshmen hazing to full-on brawls. Wooderson is the only character who sees through their prideful bragging. As a surrogate for Linklater himself, Wooderson understands how always wanting what’s next (more girls, leaving high school, etc.) is almost as unsatisfying as actually getting it.

Everybody Wants Some, Richard Linklater’s spiritual successor to Dazed and Confused, opens in limited release this weekend. It’s set in Austin, Texas like Dazed, but this time focusing on college students in the early 80s. It will hit wide release on April 15th.