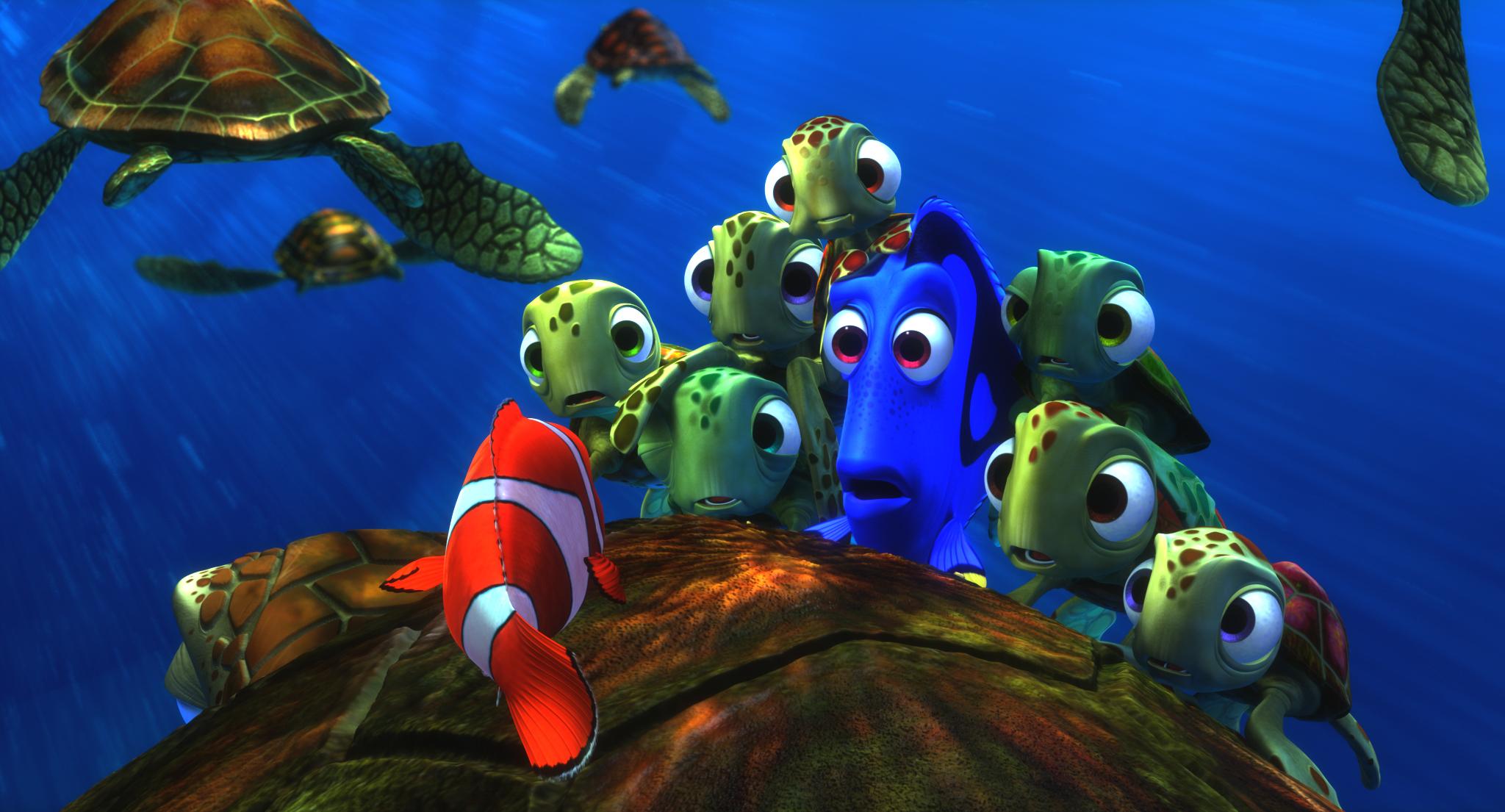 Now that Pixar has gracefully released the first trailer for Finding Dory, I thought it would be refreshing to dive back into the fun we had with Finding Nemo 12 years ago.

In fact, I tried to find negative articles and opinion pieces about the new trailer, but I surprisingly found no one willing to be that person (outside of your friendly neighborhood comment section).

So I suppose that means Finding Nemo was universally beloved?

Ha, of course not. And that’s not a bad thing! You’ll always find someone who dislikes a movie you enjoy. But that doesn’t mean their reasons always make sense. 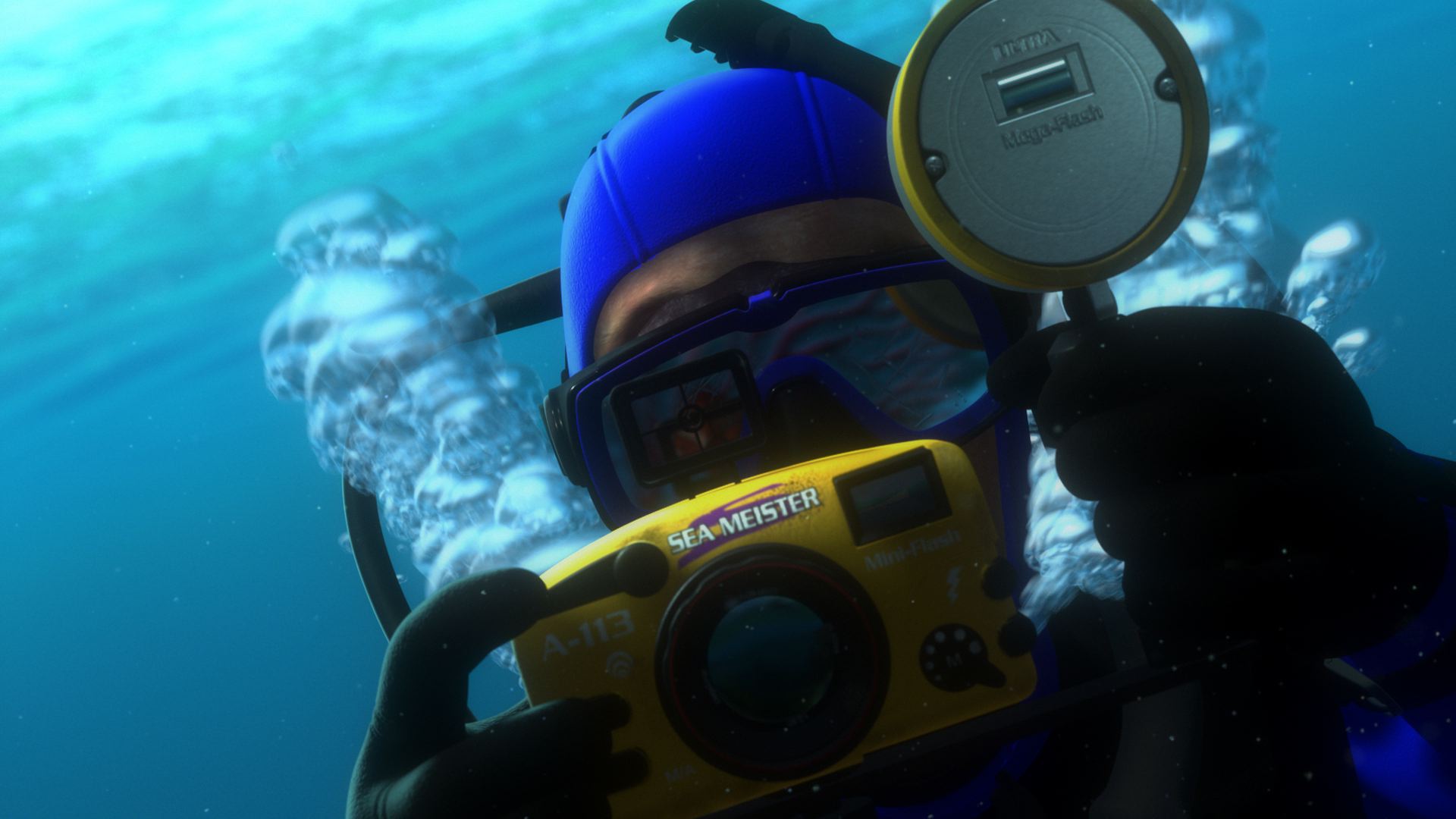 Back in 2003, Stephanie Zacharek (writing for Salon at the time) wrote one of the most confusing movie reviews I think I’ve ever read. And preparing for this weekly series means I have to read a lot of junk to decide what gets featured, so I hope that sinks in. OK, I’m done with the sea puns.

Pixar’s latest animation wonder — a shimmery, velvety undersea coming-of-age story — sure is beautiful. But why should we spend two hours looking at it?

Also, that’s not the last time she finds a way to weave in the word, velvet.

There’s no question that Pixar’s “Finding Nemo,” aglow with translucent sea flora and shimmering, iridescent creatures, is beautiful to look at.

Right, even by today’s standards.

Who wouldn’t be entranced by that corps of pink art nouveau jellyfish, twirling about in their deadly underwater ballet, or by the sight of painstakingly adorable Nemo himself, the movie’s hero, a brave little Halloween-colored clown fish with googly eyes and one shrimpy fin?

Oh, not this again. From Up to Inside Out, you’ll always find a film critic getting hot and bothered by the fact that Pixar uses emotion to its advantage. Then, a week later, criticize an action movie for being heartless.

and those who don’t fall for it are sure to be denounced as insensitive, blind to the magic of animation and, last but not least, pitiably unable to view the world through the eyes of a child.

So brave, Stephanie. Nothing gets a review started on the right note like defending your criticism with self-victimization.

But after years of cultivating the eyes of a grown-up, I like to think there’s something to be said for using them.

In other words, “All other critics are childish, but I’m not.”

“Finding Nemo” is lovely to look at — and time and again I found myself asking, “Who cares?”

I’d hate to go with you to the Grand Canyon.

It’s possible that “Finding Nemo” — and most computer animation in general, including other Pixar micro-masterpieces like “A Bug’s Life” and “Monsters Inc.” — offer too much of a good thing.

Too much beauty? Is that really the criticism we’re resorting to? That’s why people should skip this?

How much microscopic detail can the human eye absorb before it stops registering that detail altogether?

“Ah! Shield my eyes! If I can’t grasp it all in one moment, there’s no way I can appreciate this!

Wait, you mean I can come back to the Grand Canyon?”

I certainly noticed that the navy-spotted back of the stingray schoolteacher in “Finding Nemo” looks so velvety it seemed you could reach out and touch it.

When the movie’s action took us above the surface of the ocean, I noted the multihued glimmer of that surface and dutifully scribbled in my notebook, “Lovely sun-gold on blue sea.”

You just complained that there’s too much beauty to love, so now you’re bragging about everything you caught that you think everyone else will overlook?

So, not only are critics childish, but audiences are moronic.

It’s all beautiful, all right. But before long I began to feel beaten against the rocks of that beauty

This has to be a prank.

“Finding Nemo” smacks of looky-what-I-can-do virtuosity, and after the first 10 minutes or so, it’s exhausting. Written and directed by Andrew Stanton, the movie is filled with bits of cleverness to keep the adults, as well as the kids, entertained.

Let me guess: the next line is about how you like the thing you just complained about.

And yes, I did laugh at the way the seagulls squawk “Mine! Mine!” as well as at the lobsters’ distinct Boston accents.

There we go. Nothing makes your criticism look as valid as a good old fashioned contradiction. Because if you reread those last few lines, you’ll see that she first complains the movie is exhausting, then she admits that it’s clever enough to keep you entertained.

But “Finding Nemo” works terribly hard for every scrap of charm or humor it imparts.

Now we’re mad that the movie is a hard worker. Next, we’re going to tear it to pieces for giving characters dimension and rightfully avoiding a romantic subplot.

“Finding Nemo” is teeming with lessons for parents and kids alike: Kids, you can do great things even if you have the human equivalent of a shrunken fin! Parents, don’t shelter your kids from the world to the extent that they never get a chance to live in it! In between lessons, there’s lots of peril to keep things exciting.

“But none of this good stuff matters because I hate you.”

Seriously, does she like this movie or not? Because I’ve only read about two sentences with an inkling of criticism, but they’ve been offset immediately by the rest of her comments.

Peril always equals drama in the Disney version (Disney co-produces with Pixar), and if your kids can take it, or actually like it, more power to them.

Can you imagine if kids liked dangerous situations? I sure can’t. That’s why I’m the biggest fan of Powerless Rangers.

I don’t think there’s anything particularly traumatizing in “Finding Nemo,” and admittedly, if Marlin and Dory didn’t face danger at every turn, there would be no story at all.

But what we get is still a snoozer.

But hey, maybe she’s about to explain why it’s a snoozer! (Spoiler alert: she doesn’t).

There are lots of grown-up jokes in “Finding Nemo,” including a 12-step gag and a caravan of aged surfer-dude stoner sea turtles, both of which are sure to make adults laugh knowingly, which is surely the least fun kind of laughing there is, although it counts for something.

In one sentence, Stephanie compliments the movie, gives that compliment a caveat, criticizes the compliment itself, and then says it counts for something. I’m almost impressed.

Also, she’s actually saying that the “least fun kind of laughing” is reference humor. You read it here first. Never mind that in order for her to get it across that she doesn’t like the movie, she has to belittle the things about it the you like.

And I do confess to being at least somewhat captivated by Gill (Willem Dafoe), the tough-guy king of the fish tank who takes Nemo under his fin.

I’m just going to say this one more time, for emphasis. There are more compliments in this review than criticisms. This is actually happening.

for those who are impressed by such things.

Am I reading a drama essay by Doug Funnie’s sister, Judith?

I don’t really know what’s involved in making a feature that’s as clearly ambitious as “Finding Nemo” is. I can’t tell you how many hours were spent getting the picture to look just so (I’m sure it was a lot), and I would never question how much raw talent the individuals who worked on it possess (I doubt it can even be measured).

Your ignorance is noted.

Will lots of little kids (and big ones) enjoy “Finding Nemo”? Absolutely.

Is it an achievement? Without a doubt.

I have no words.

It’s all of those things, and less — the littlest fish in the sea masquerading as a whale, failing to take into account its conspicuous lack of warm blood.

How is this a comparison? OK, so she finishes the review here with the biting metaphor that Finding Nemo is basically a collection of small elements working together to “masquerade” as something bigger…but it’s hollow…or something.

Despite the fact that moviemaking itself is all about small elements working together to pull off an illusion. Maybe if this was Blackfish, Stephanie would find a reason to be glad this movie exists, but even then, she doesn’t even count the “lessons” she touted earlier as being very useful, anyway. 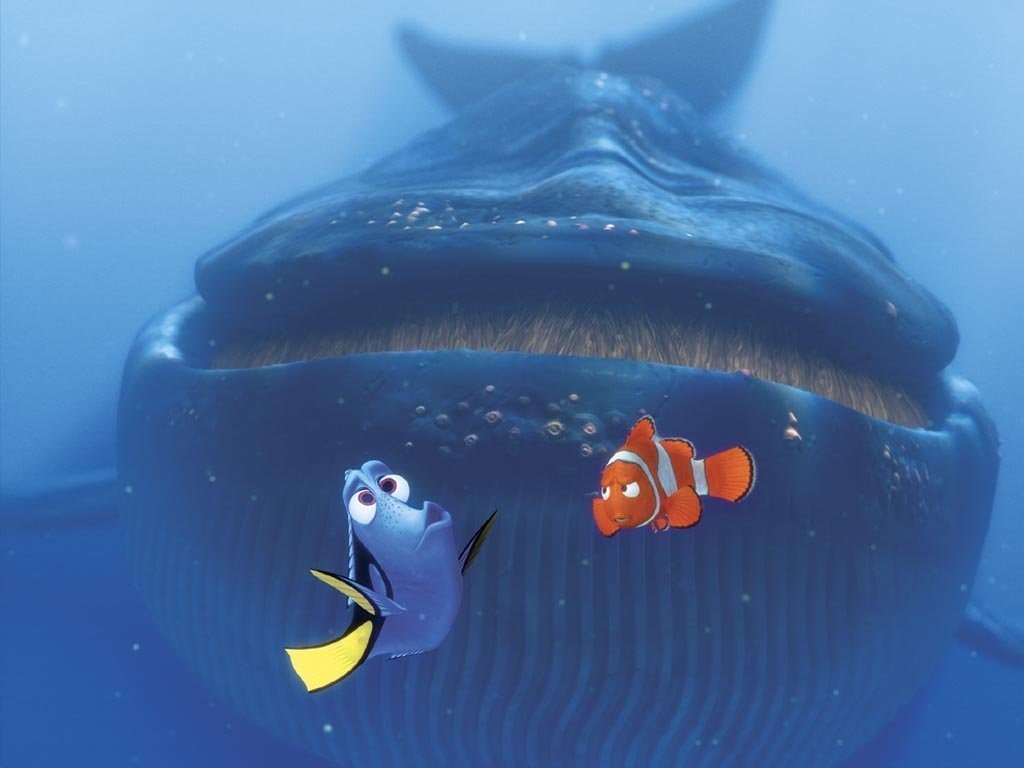 Can you see why this is one of the most confusing film reviews I’ve ever read? In it, Stephanie hardly criticizes the film at all and instead gives it vain praise like she’s one of Regina George’s underlings. Sure, her adjectives are pretty, and she found fancy ways to illustrate what works visually throughout the movie. But none of the ideas in this review give you any sense of whether or not Finding Nemo is worth seeing.

Since she gave the film less than 2 stars, however, that essentially means that she recommends you skip it. Despite all of the praise you read above, including the admission that the movie is an achievement that will be loved by children.

Nope! You need to skip this because…well, I’m not sure why.

I did a little digging into other movies reviewed by Stephanie Zacharek, and unsurprisingly, she’s pretty good at what she does. She was even nominated for a Pulitzer Prize in criticism at one point (although I think it’s fair to mention that she gave Hot Pursuit a passing grade, calling Sophia Vergara and Reese Witherspoon a terrific team).

I also dug through her reviews of animated movies, and it was pretty telling. For one thing, her criticism of Minions is identical to the line she uses in Finding Nemo, essentially stating that it’s “too much of a good thing.”

She did say that How to Train Your Dragon 2 (mostly) works, and she apparently loves the first one more than any other DreamWorks movie. But looking through her pedigree, it’s painfully clear that she just doesn’t have a thing for computer animated films, or at least the technical aspects behind them that make the movies even more impressive.

Obviously, this isn’t a big deal because this is just the opinion of one critic. My only complaint is that if you’re going to recommend that someone pass on a movie (especially one that’s universally praised), you better provide a better explanation for why.

And yes, that’s exactly what I said last week about Room. I think I’m starting to see a trend with these film reviews.

9 thoughts on “Snarcasm: Well, Someone Has to Hate ‘Finding Nemo’”